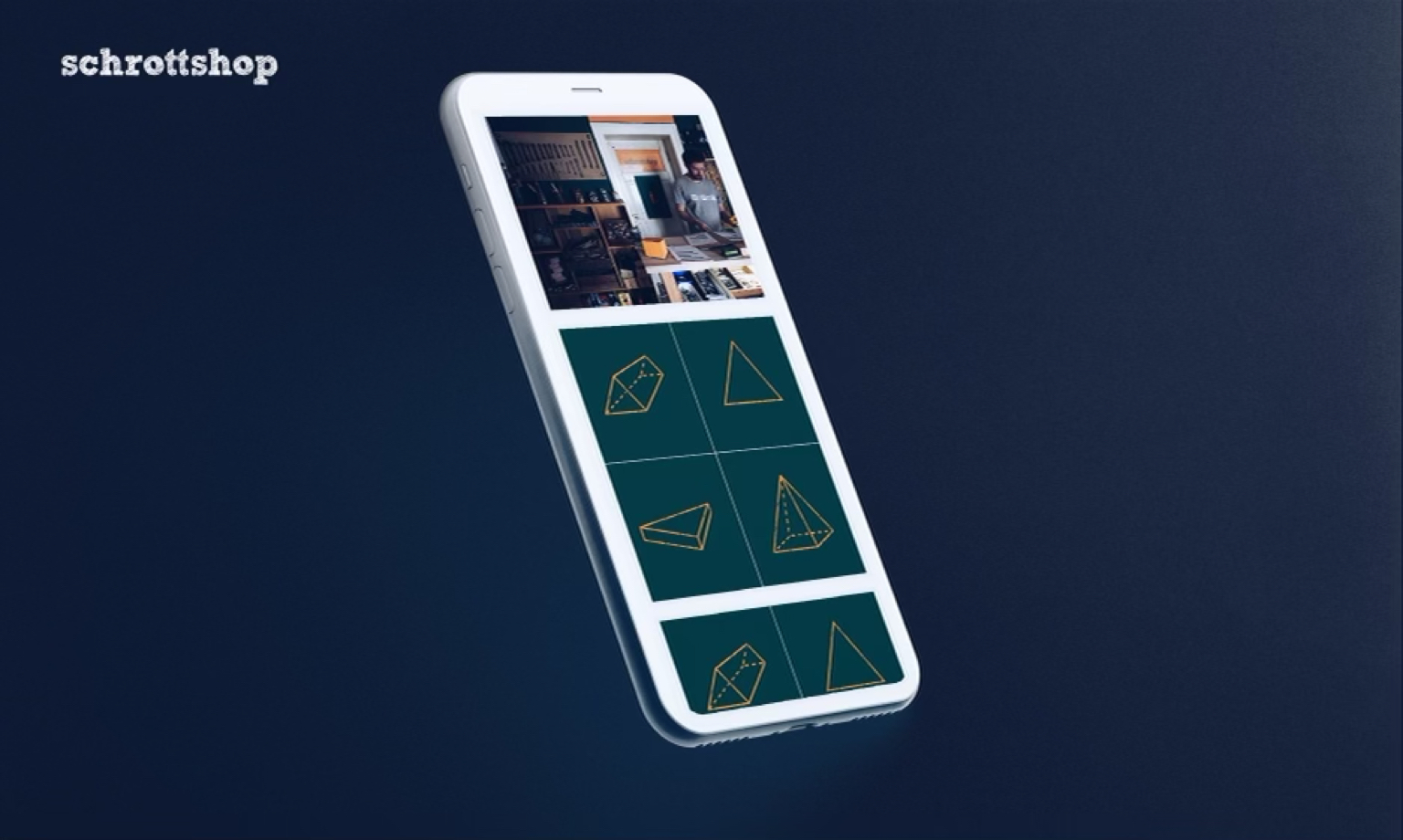 For my bachelor thesis at the Bauhaus University in Weimar, I designed a pop-up store and used it as a field test site for human-centred service design research.
‍
The way products are made and the residues they leave behind is a fundamental  ecological and economic problem.
‍
In order to create a system that enables people to reuse products and things that are declared as waste, I opened up a pop-up store that, on the one hand, arranges products taxonomically and presents them for take-away and, on the other hand, accepts objects that are declared as rubbish and tries to describe and classify them as precisely as possible together with the visitors. The aim was that objects and their components could be brought into a new functional or form-related context and thus reduce the waste load.
‍
The place was to be understood as a living and changing system of ressource taxonomy. Depending on the presence and nature of the material brought in, it was classified in different categories that emerged from the conversations and interviews with the visitors:
‍
Form
Size
Material
Structure
Potential future functional context
Former functional context
‍
In addition to these logistical aspects, the venue was a place to learn about design approaches such as circular design and cradle to cradle design. Workshops and free talks on product design methods were held and a regular Repair Cafe was offered. 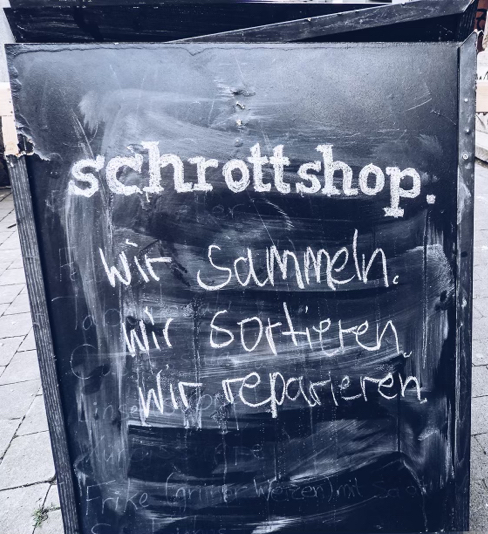 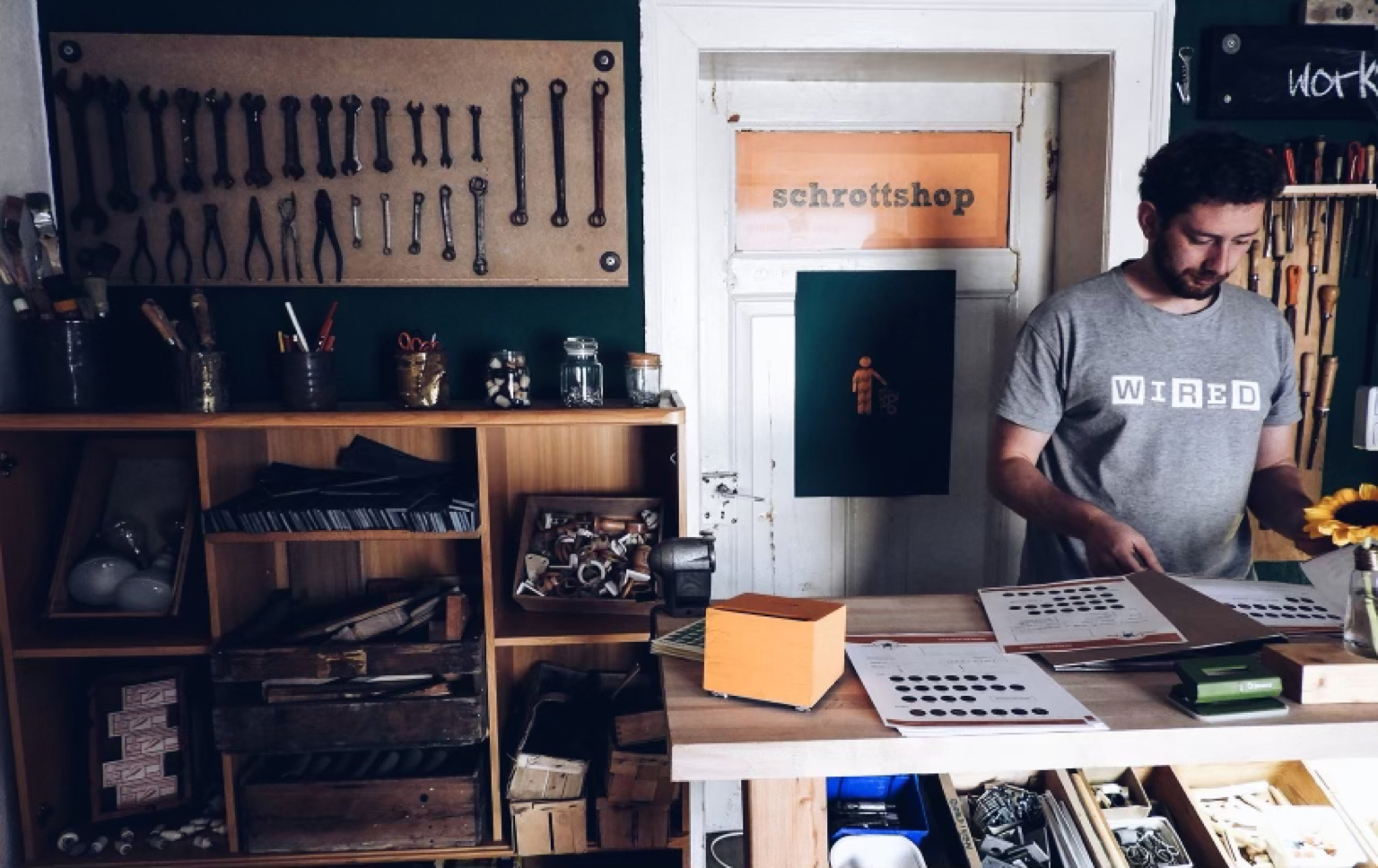 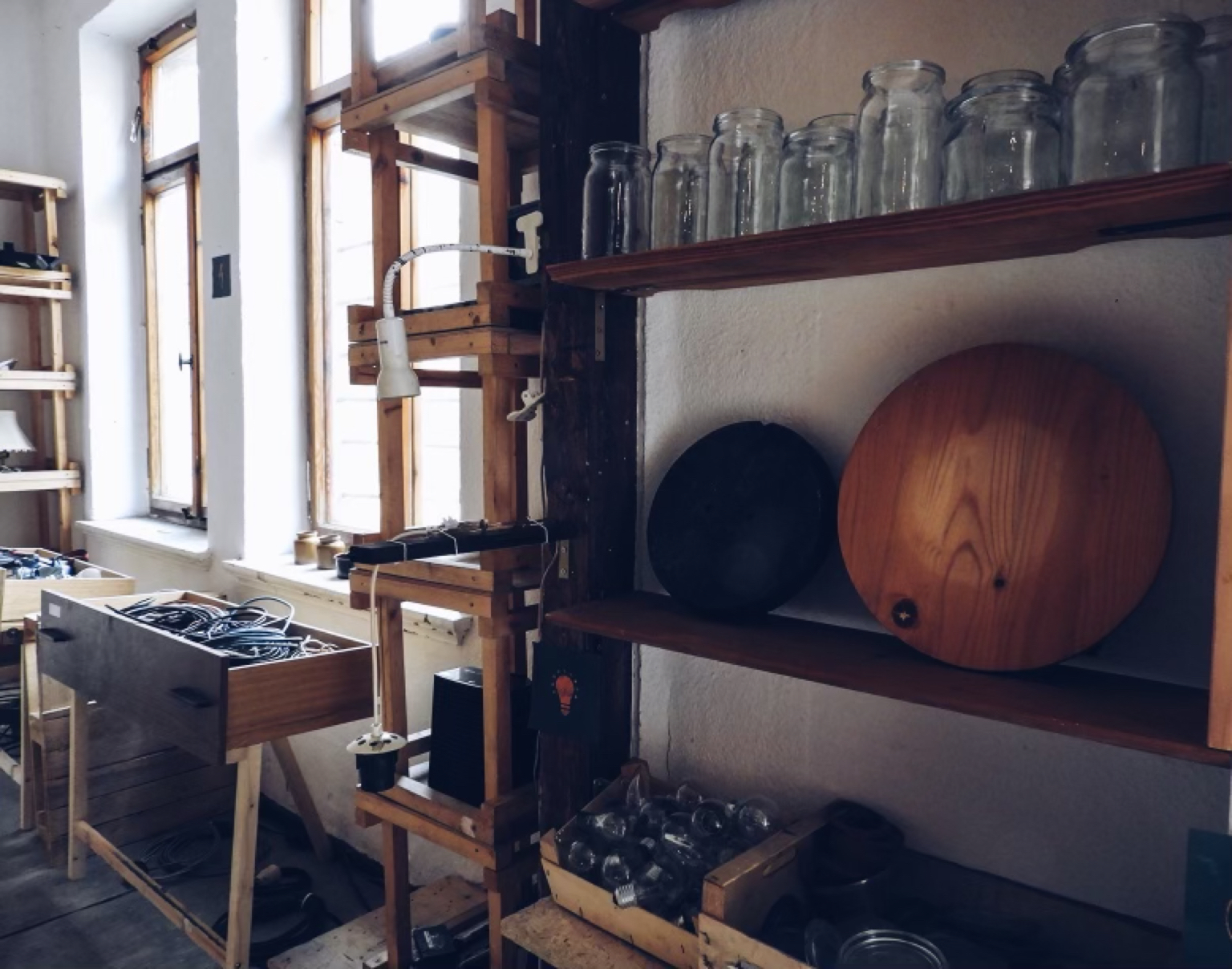 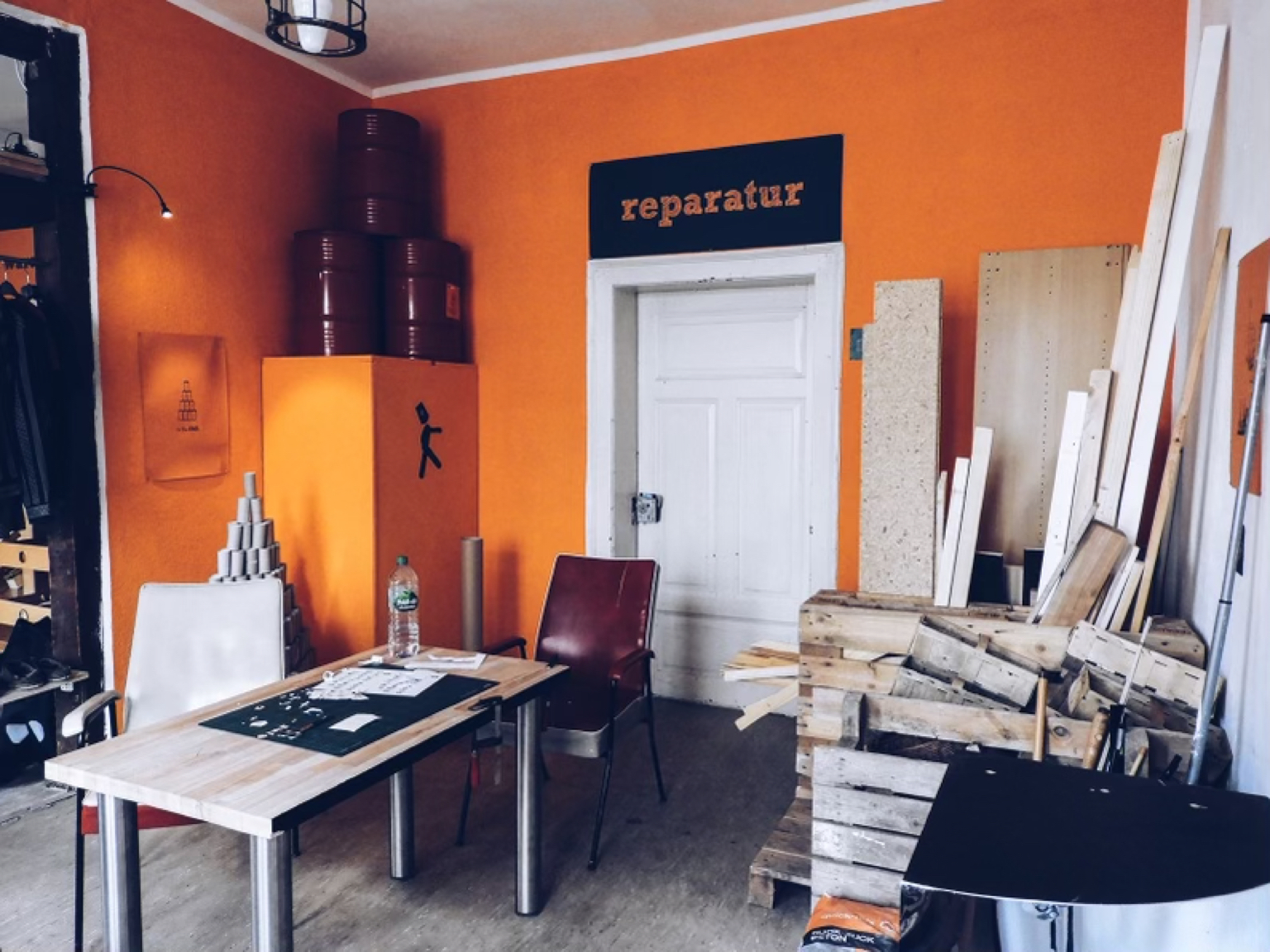 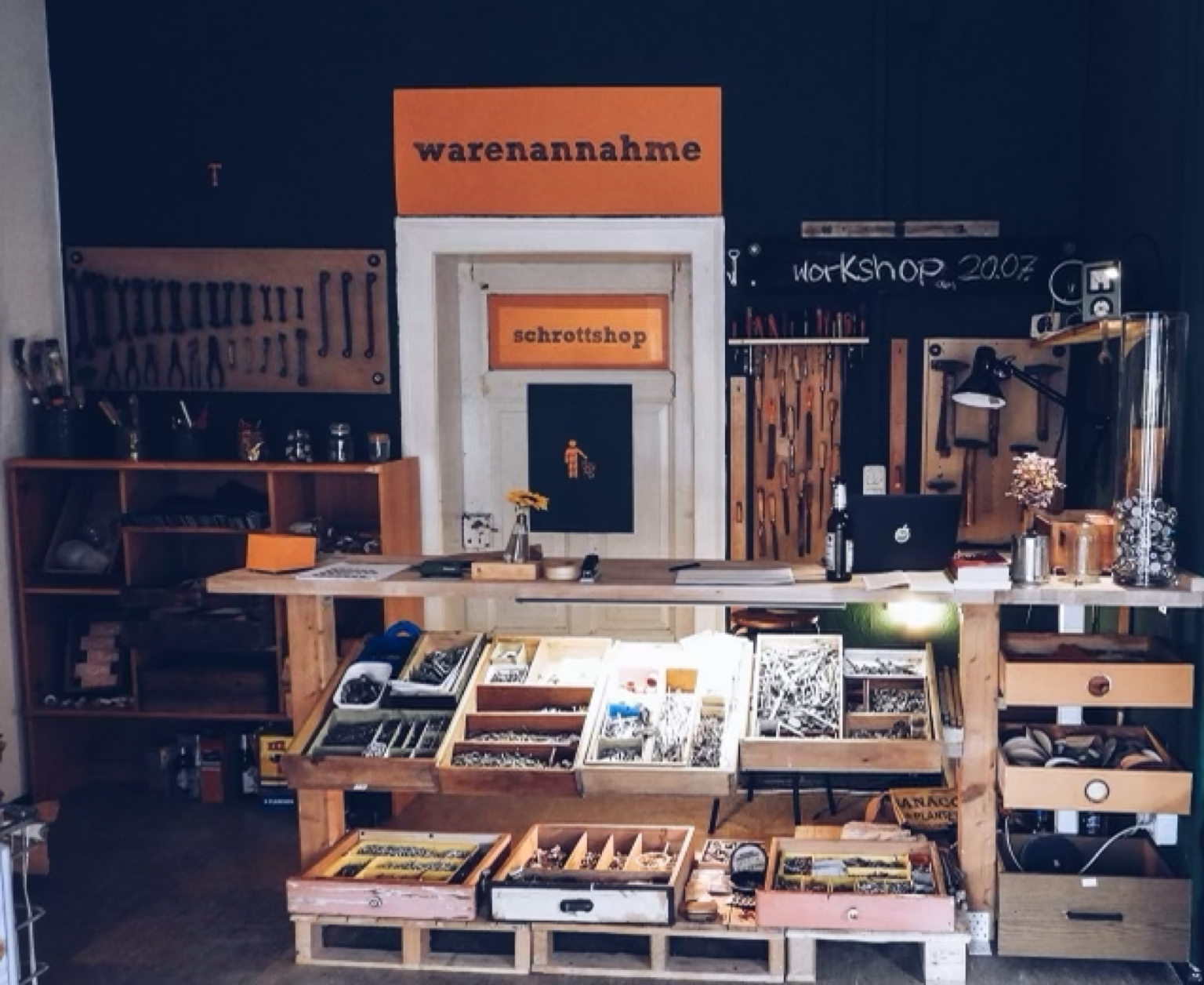 Schrottshop emerged as a prototype for a product service system. In addition to the physical pop-up store, there was  soon the need for an online shop system that would make the raw materials sortable, searchable and findable.
Since the inventory system did not yet exist, the pop-up store was meant to serve as a prototype for it. Any inputs and interactions were mocked up in paper format. 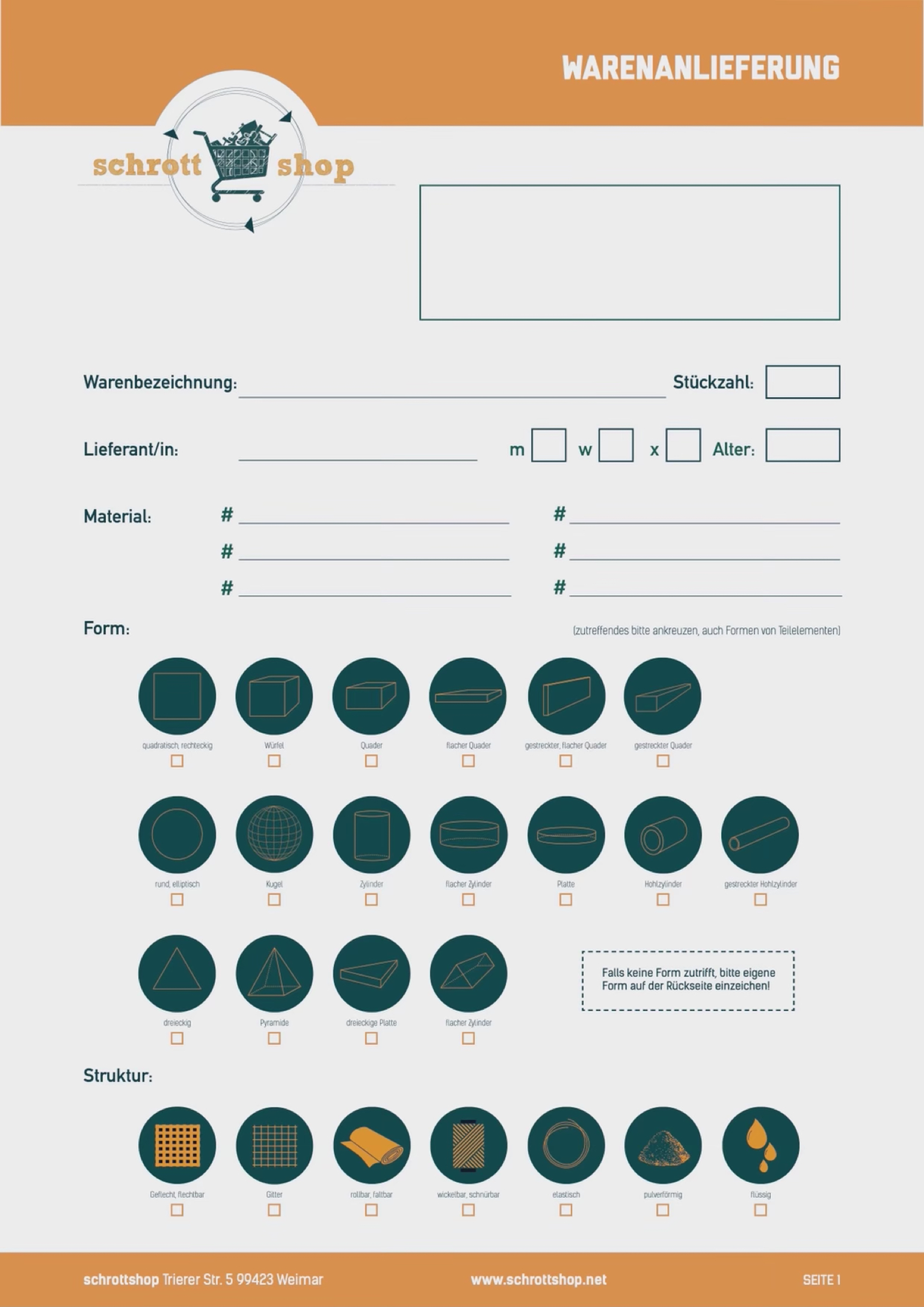 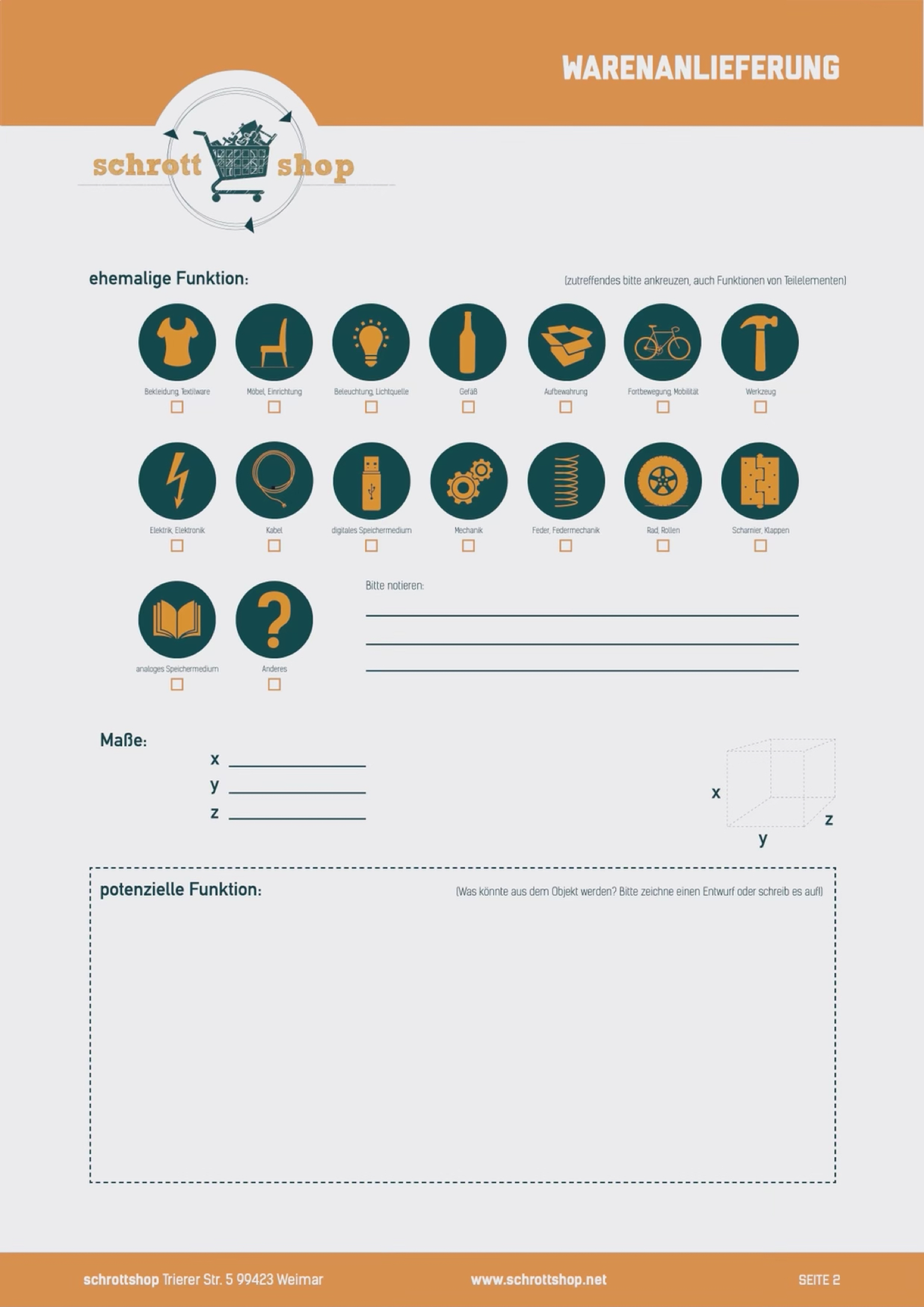 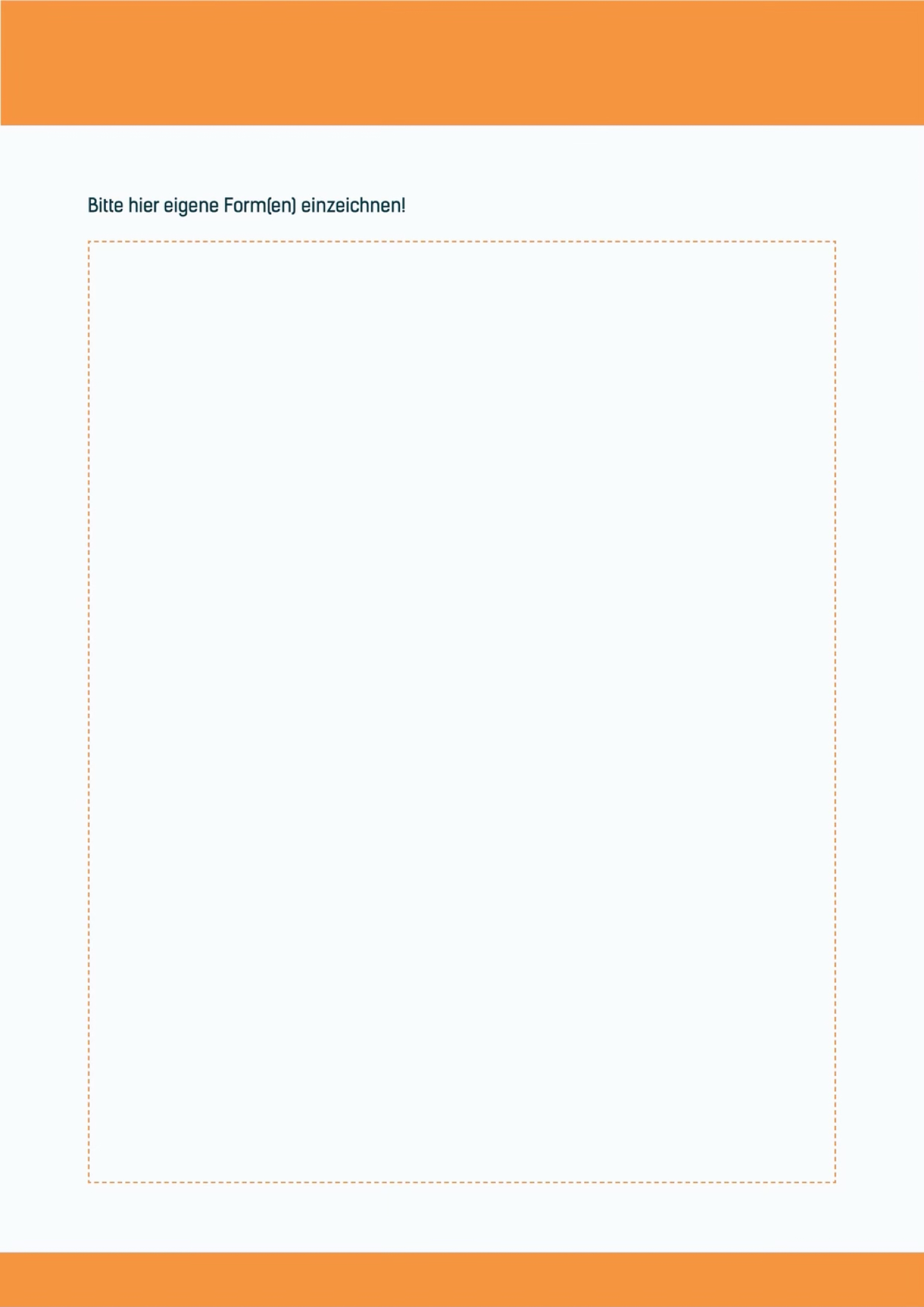 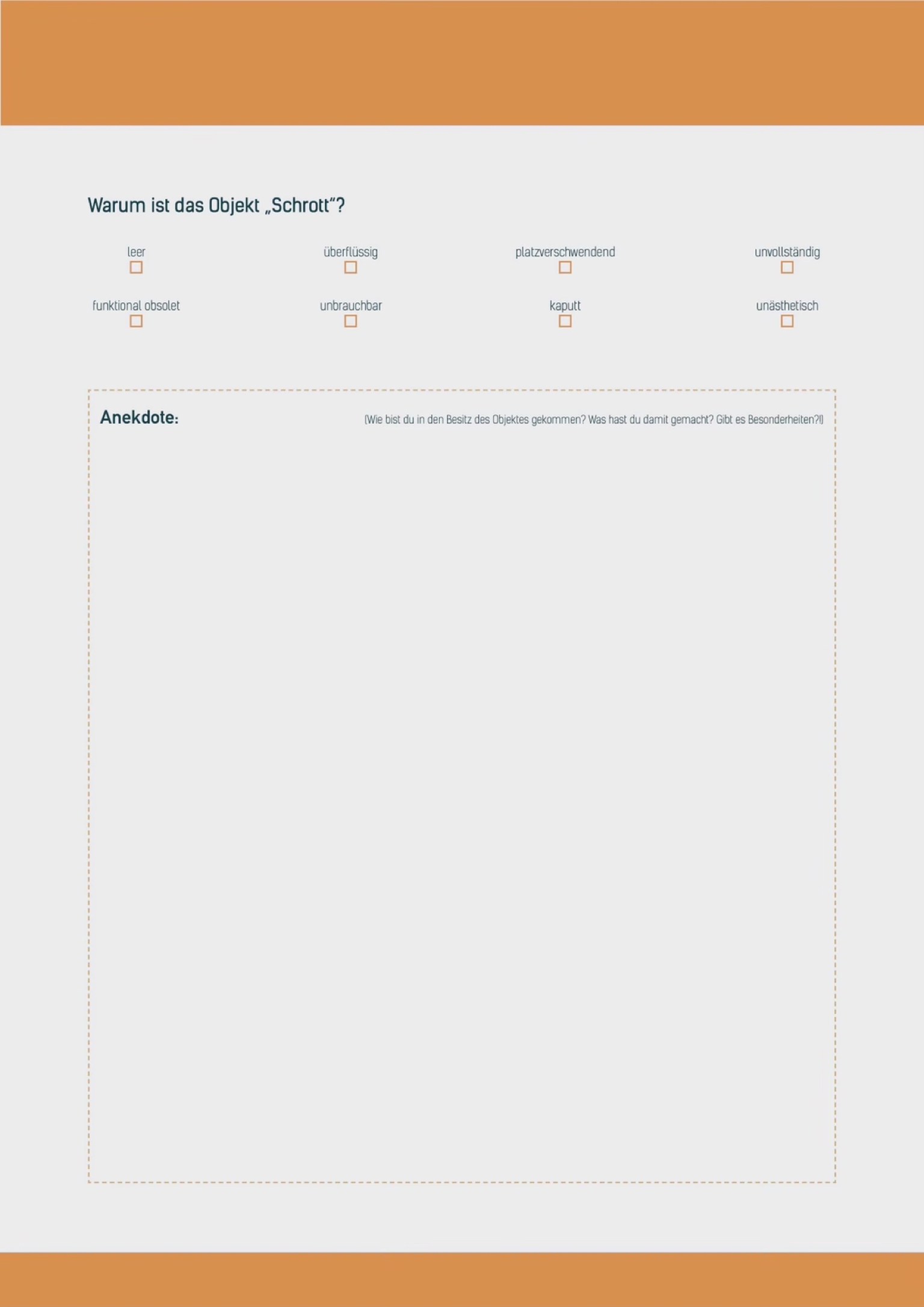 To increase my empathy for people who throw things away or want to get rid of them, I also asked why the object is now declared as trash. Besides pragmatic ones like - It doesn't work anymore - there were also other reasons on an emotional level that I could discover.
‍
An input field that allowed an anecdotal description of the object deepened these insights.
‍
Some objects were described as former favourite pieces where visitors "didn't know where to put them anymore" because they were now broken. At this point, an offer was made to repair the object on site or to put the visitor in touch with a specialist, e.g. for electronic devices - if it was an electronic device.  So I started collecting contact information as well. The nature of the store and its prominent location, as well as the attention-grabbing look and name, meant that many visitors interested in "scrap" or  with a repair hobby passed by by chance.
‍
An important insight was therefore obvious: an important aspect of the product service system was that users should also be able to contact each other. The community aspect developed even more, so that a small active community of upcycling enthusiasts regularly gathered in the shop and built new objects or repaired them together. Since I didn't have an online system to display newly incoming stuff, I started posting newly delivered goods on instagram and created a dedicated display space in the shop. Once the items were picked up, I deleted the related instagram post. 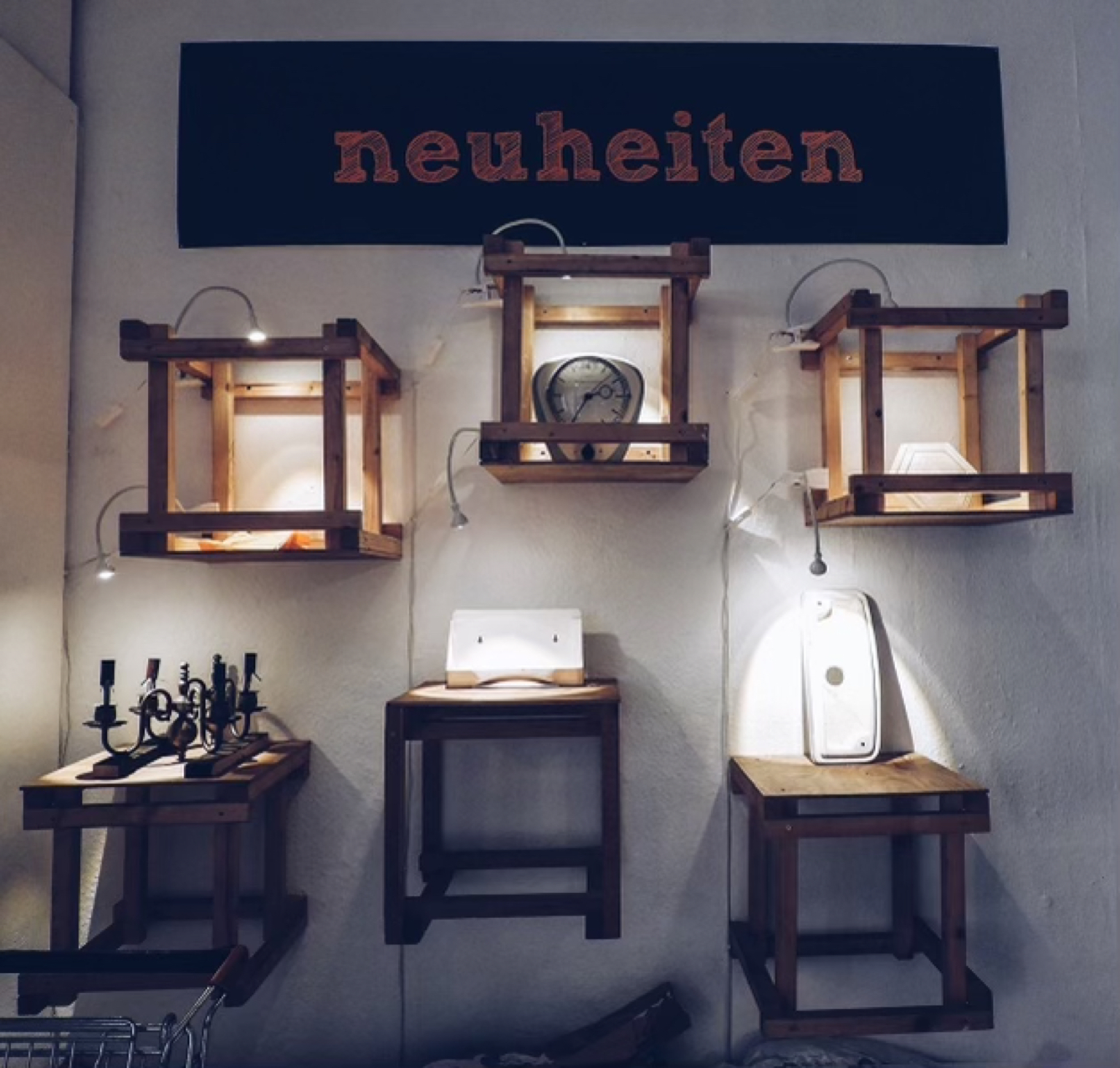 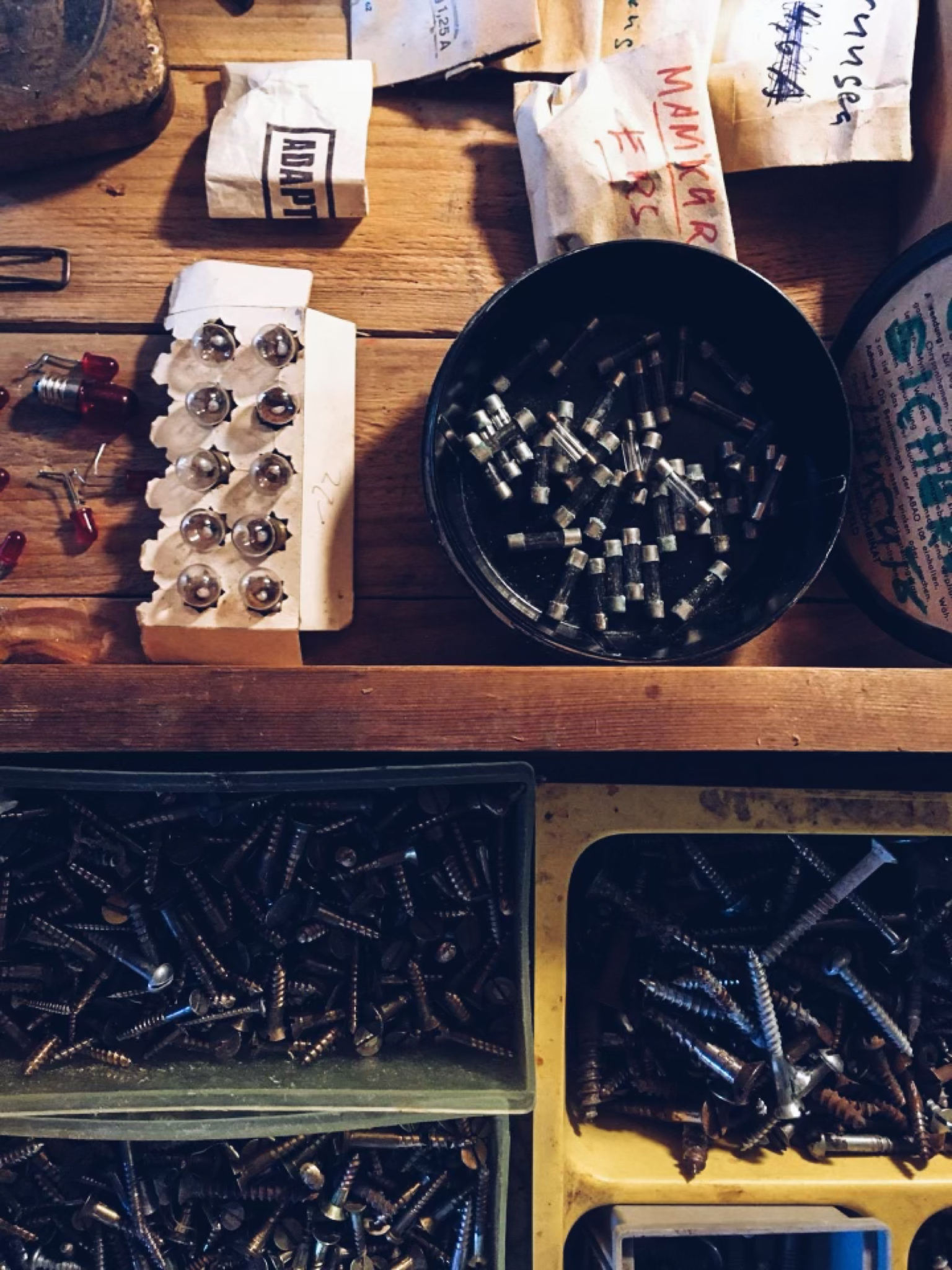 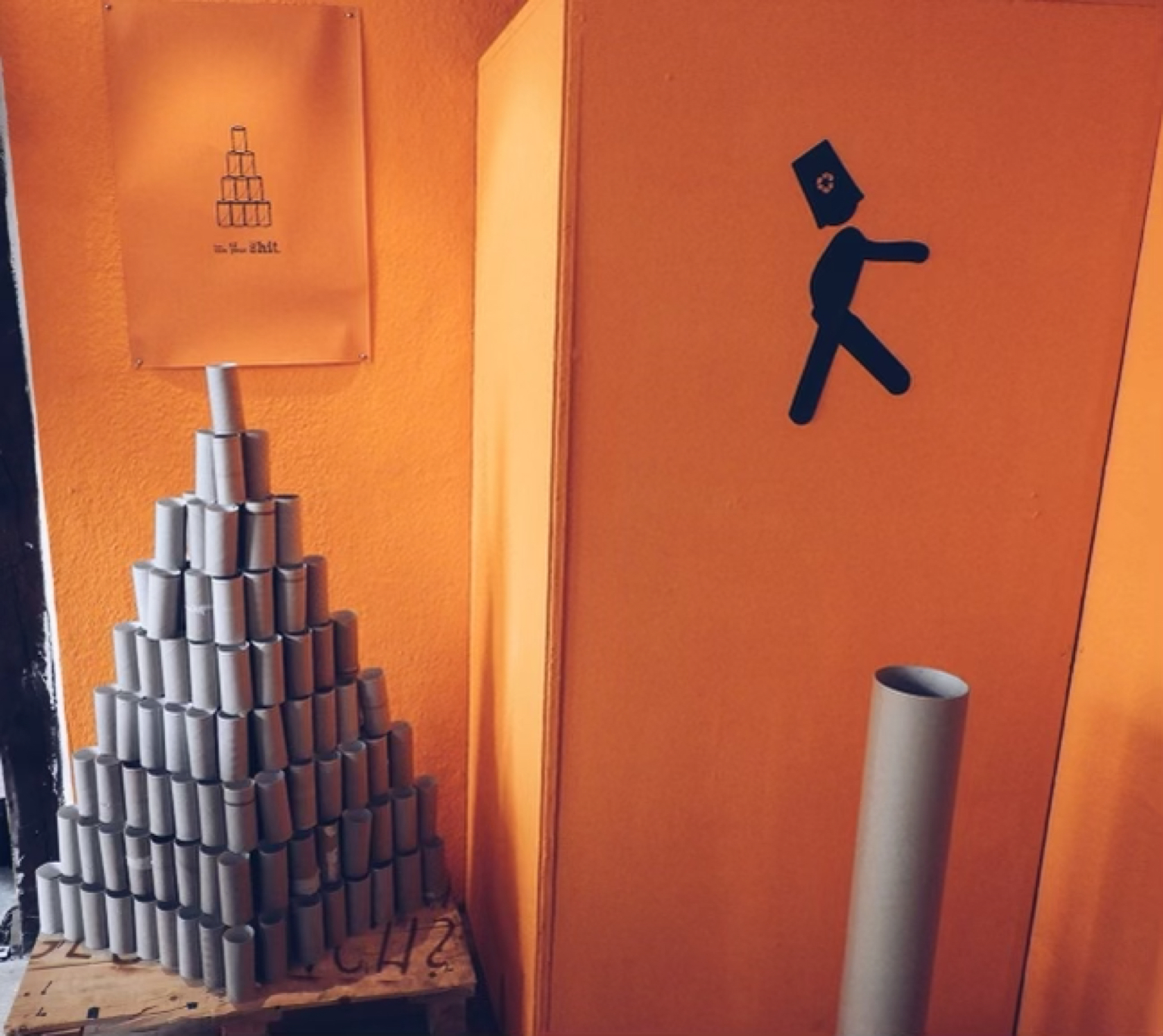 The approach I took as a designer had artistic facets.
I was able to collect user data in a whole new way and the framework for interviews has changed a lot. Also, personal relationships with visitors and their anecdotes increased my empathy not only in relation to this particular case. I gained profound insights into the psychology of users of platforms like eBay Kleinanzeigen, Vinted, and other online retail platforms.

Epilogue:
‍Since I already had so many collected materials to build things from, I built my entire home furnishing from them. In addition, the community continued to exist and individual people came by every now and then to pick up individual screws or the like. So the schrottshop continued in my flat until the birth of my son. When we needed the space, visitors and members of the community set up a sharing-is-caring group on Telegram, which continues the principle and function of the schrottshop to this day.